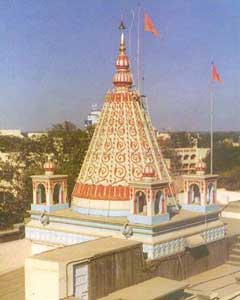 Shirdi is on the Ahmednagar-Manmad Highway, 250 km from Mumbai and 75 km from Nashik.
You can fly into Nashik and then take a bus, taxi or train to Shirdi. Shirdi is accessible on the
Central Railway line; get off at Manmad (65 km from Shirdi) or at Kopergaon (18 km).
MTDC runs buses from all major destinations.

Shirdi is that mystical magical town near the holy city of Nasik, close to Mumbai. This hallowed town exudes such intense devotion, that even the casual visitor is bound to be charged with fervor. Shirdi was the abode of the saint Sai Baba, who lived here for eighty years - and died here over eighty years ago. It is said that Sai Baba himself calls his devotees to Shirdi and that his blessings can heal even the deepest wound.

The town is tiny - just 2 square km of main street and a labyrinth of by-lanes - but packs in much passion. Pilgrims throng for a brief "darshan" at Samadhi Mandir, the shrine of Sai Baba where his mortal remains were interred.